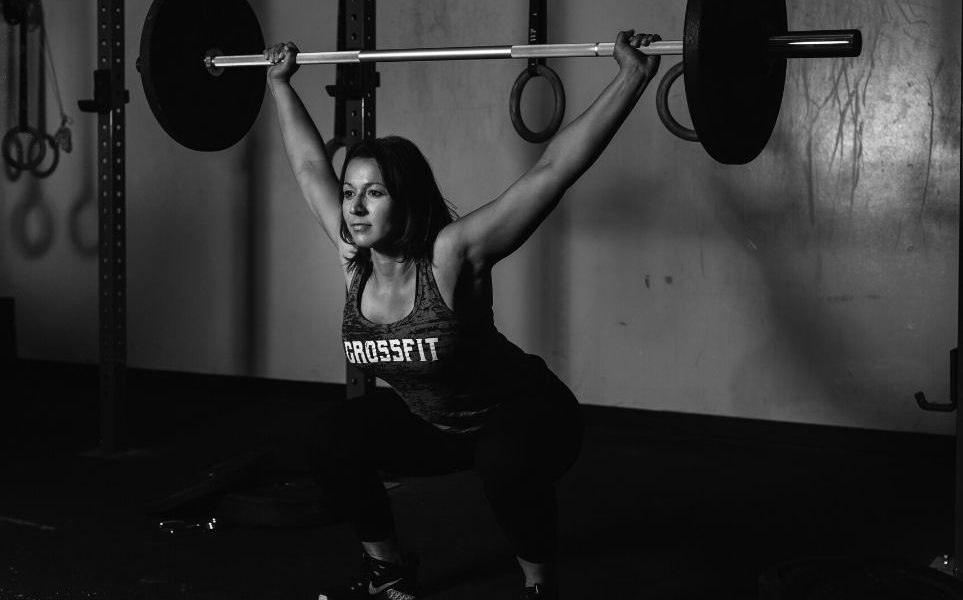 Lindsay is 32 years-old and grew up in Rancho Cucamonga, CA. As a kid/teen Lindsay enjoyed playing Softball & Volleyball and running Cross Country & Track. Lindsay graduated from Rancho Cucamonga High School and went on to SDSU where she graduated with a Bachelor of Arts in Liberal Arts and Science.

​Lindsay is now an eight year veteran of the San Diego Police Department assigned to the Juvenile Services Unit. Lindsay works to provide early intervention, preventative measures, and appropriate enforcement for kids & teens. Basically, she is a Rockstar and has A LOT of patience.

​Lindsay first started CrossFit in September 2018. After a year she found herself walking through the doors at ARC with her husband, Brian, and 8y/o son, Asher, in tow. Lindsay says, “CrossFit has brought back my need for a supportive and competitive team environment. CrossFit gave me that environment I finally realized I thrive best in.” I asked Lindsay what she likes best about ARC? Lindsay said, “The people hands down. I was definitely intimidated by other CrossFit gyms but the people at ARC are nothing but welcoming and down to earth.”

Outside of CrossFit, Lindsay competed in Triathlons including a 1/2 Ironman between 2008-2012. She also placed 3rd her first Body Building competition in 2013. She was 8-12 weeks pregnant at the time (picture coming soon)!

In less than a year, Lindsay has the following PR’s:

​Lindsay has surpassed many milestones in the gym. Her daily workouts have gone from some scaling down on the prescribed weight/movements to scaling UP in the weight/movements. She is definitely one of our strong CrossFit women!

Final Words: Lindsay said, “I love the community here. The workouts are scalable for any person of any ability. Their level of coaching is awesome. And…the gym is the cleanest gym I’ve ever seen!”

GET A FREE 1-WEEK TRIAL

Contact us today and get a free one week trial at Alpine Ranch CrossFit.